On April 30th, 1975, North Vietnamese troops officially took control of Saigon, the capital of then-South Vietnam. The event signaled the end of one of the bloodiest proxy-wars of the Cold War era. It was also the culmination of the first war ever televised, and the archived images are a stark reminder of how close the devastation, murder and chaos must have felt to an audience that never had, and never would, see this mayhem up close, but could now see shadows of it dancing in their living rooms.
The average Briton was born around that year, so few of us can say they remember the transition between reading black and white articles about Eastern Europe or the Middle East in the early 60’s, to getting full color and sound presentations of Vietnam. Fewer still will be able to look back to the Fall of Aleppo without recognizing that it was another paradigm shift in the way humanity consumes war.

It’s happening right now. Residents of eastern Aleppo are been gunned down by the dozens after five years of an unrestrained humanitarian catastrophe in Syria. Although the ceasefire between rebel and government forces announced today may save some lives, the number of children killed by collapsing buildings or starvation, of women taking their own lives, and of men facing execution without trial will likely grow.

It is hard- or at least it should be- to avoid feeling attachment to the victims because they are speaking to us directly. Through the technological wizardry of modern invention, each of us can log on to Facebook, or Twitter, and look directly into the eyes of the people who are telling us that they are about to die.

There is no CBS reporter with a microphone and flak jacket- that reassuring, authoritative figure is a relic from a period before the Internet cannibalized the news industry- there are only T-shirts, headscarves, off-brand ear buds and the visible tears of people who knew that there never was and never will be a helicopter waiting for them.

Then we hear the jet engine, and see the wince on our social media reporter, and wonder if this barrel bomb will tear their body to pieces right in front of our eyes.

I am watching this happen on my laptop (in my pajamas because I am a telecommuter). I could watch it on my phone next to me, or on the HD screen hanging on my wall, because in 2016 I have plenty of devices helping me observe what is happening in Aleppo. But, unlike the morning when my family gathered around the 8-channel TV in my parents’ bedroom to watch office workers leap to their deaths from the World Trade Center, I am watching this catastrophe alone.

The world we live in now is paradoxically one of crushing isolation and universal connectivity. The institutions that we once relied on to digest terror and react effectively have lost our faith, so the only way we trust that something is actually happening is by going to the source directly- even if that source is a 7 year old girl’s twitter account.

Bana Alabed’s account , which has been filled with images of her daily life in Aleppo, from reading children’s books to listening to bombs land on her neighborhood, went silent this afternoon. 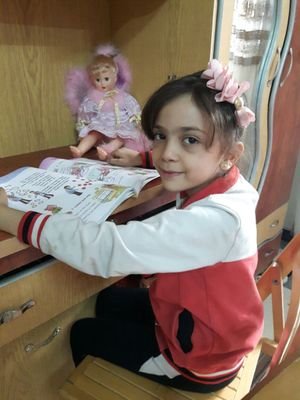 To know that you could film your government commit genocide in your hometown, upload that video to a tool that broadcasts information to billions, and wait for years for an effective response that never comes- I can think of no more ultimate a statement regarding the failure of the goodness of humanity.

<blockquote class=”twitter-tweet” data-lang=”en”><p lang=”en” dir=”ltr”>Final message – I am very sad no one is helping us in this world, no one is evacuating me &amp; my daughter. Goodbye.- Fatemah <a href=”https://twitter.com/hashtag/Aleppo?src=hash”>#Aleppo</a></p>&mdash; Bana Alabed (@AlabedBana) <a href=”https://twitter.com/AlabedBana/status/808287398740324353″>December 12, 2016</a></blockquote>
//platform.twitter.com/widgets.js
I am sure that Alabed’s followers write thousands of 140-character letters of support, and perhaps even donate to a humanitarian organization that may still save her life, but the reality is that the governments meant to prevent this crisis are faltering to an extent that no goodwill can overcome. Instead, the most powerful leader on Earth would prefer to bomb the shit out Alabed’s home on the off chance that she might know somebody who wishes ill will towards his subjects.So all we can do is watch and wait for the numbers to start rolling in. Tomorrow we may start referring to Alabed as a hero. This will be in part to commemorate her, but also to feel better about our failure to help someone who tried activating our goodness by letting her shadow dance in our living rooms.

What is certain is that, by Thursday, we will be a different race. A race that now shares the experience of having watched in real time self-butchery on a massive scale. I am not ready for this new humanity. But maybe Bana’s generation will grow up accustomed to it.